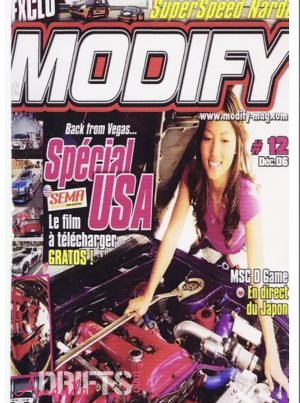 A long, long time ago I was on a magazine cover in my prime drifting days. I think this was back in the early 2000s, I have to look for the hard copy to confirm. Look how young I was.

Hatch is clean *And got an oil change*

The work meisters need to be dropped off to get re-polished but I’ve been so lazy. So, I stored them in the hatch almost looks like the meisters are going to drive the hatch. LOL! And, I also need to get an alignment on the hatch… a really good & expensive alignment. Probably by mid […]

The Old & The New

It’s so nice & re-assuring knowing your car is parked in a safe place… even if it looks like it going to roll down a hill. LOL!

Garage BOSO Frank invited us to go clubbing at J Lounge because they had there car on display. So we did just to support & check out the club. Pretty nice set up they have at the club. Thanks Frank!!

Ray got me 5 lug spacers for the hatch. Thanks Ray_babes!

Our neighbor got a 240SX coupe & now he parks near us. How cool is that?

Just when I thought I figured out how to cover my $2303 for fall 2010 tuition, a fee increase of $104 gets added on. Thank goodness I pulled out a loan & started back to work with the census. I still have to find a steady permanent job. So sad!

When Masashi came over to visit recently, we had to take pictures of our cars together. I think it’s our usual routine now besides eating out.

Ray brought home the cutest little surprise for me… it’s a mini Nissan emblem. (You can’t tell in the picture but it’s about half the size of the regular Nissan emblem) Supposedly it is placed at the 180SX’s passanger side hatch for Kouki aero kitted cars. Thanks for the gift Ray_babes & thanks for the […]

As I was driving to visit my Mom and have lunch with Jamz look what I see. It’s a modified light blue S13 w/exhaust, kouki tailights, wheels & other unseen parts. Cool clean..  Hopefully, I will get to meet this dude one day… or have I already.