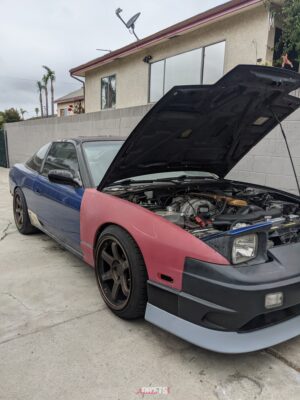 Project Initial D is coming along after nearly a year of owning the car. The car currently looks “clapped” with a red fender, black fender, gray front bumper, peeled blue paint, white rear bumper but it has OG TE37 wheels. 😂 The wheels cost as much as I paid for the schassis itself and engine. […] 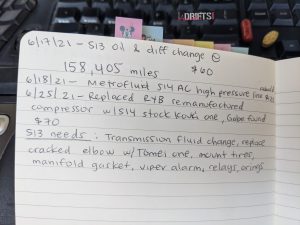 Going to miss this place………

Oh, did I mention that my prettyS13 email is not working right now? And, I haven’t checked it in a long time. Sorry! 🙁 Anyways, simple pictures like this always puts a smile on my face!

Assembling my OWN shoe shelf

So proud of myself for assembling this shelf. I feel so crafty! LOL!

People collect small mementos… I collect cars! Well, not for long, since I am working on disposing of income, hopefully!

My awesome sister, Alex saw this adorable hello kitty shirt @ Neiman Marcus & got it for me. I love it, love you Alex! 😛

Being an avid collector of tokidoki, I had to go to the tokidoki x Josh Duhamel relief run especially when 100% of the proceeds goes to the Japan Earthquake Relief Fund. Luckily, I was able to meet tokidoki designer, Simone Legno & get a glimpse of Josh Duhamel. However, I didn’t get to see fergie/Paris […]

So, the S14 had a pair of gold 5Zigen Fn1ORC’s on the fronts & a pair of Gram Light 57D’s on the rear. Seeing as how this is totally mismatched b/c I got a flat tire on one of the 57D’s a few weeks back. Ray_babes was nice enough to mount some tires on the […]

Musical wheels time. But let me take a minute to enjoy that my 180sx was rolling on some Enkei RP03 wheels! The RP03’s look nice on the car but some 57d’s or S2’s would look so nice on the car. *Hint*Hint*

So nice even in the winter time!

Like our little ghetto set-up in our room? Anything for boiling crab I guess.

To my black hair….

Recall a few weeks back I mentioned that Ray spray painted & bought me a set of Fn10RC’s? Well, here they are… on the S14. Thanks for the wheels rayBabes & hook up on the tires Owen!