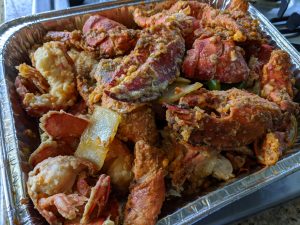 I’ve been craving lobster for the longest. Tada! Lobster fixed satisfied, for now. Thank you, Aunties. I can’t wait to enjoy fresh lobster again, until next time. 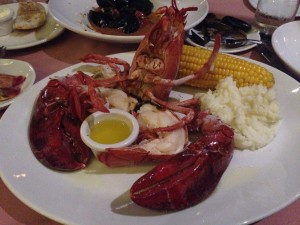 SWAYRAY took me to McCormick and Schmick for VALENTINE’S DAY. The lobster was GOOD, but it was just typical in my opinion.

One of the best lobsters I’ve had in a while and totally worth $35 including dessert and ceviche!

Like our little ghetto set-up in our room? Anything for boiling crab I guess.